“I was very glad that John Glen MP took the time to come and visit the Hebrides today in his role as Economic Secretary to the Treasury, particularly in regard to the Royal Bank of Scotland branch in Castlebay.

“Mr Glen will have left with a very strong impression that the case to keep the RBS branch in Castlebay open is overwhelming.  It was pointed out to Mr Glen and he could see that it was faster for people to reach branches in Glasgow than it would be to reach other branches in the islands, given the length of time ferries take versus the length of time an aircraft can take.

“Mr Glen heard from a variety of local businesses, visited Castlebay Post Office and spoke to Postmaster Chris Dillerstone who pointed out the various difficulties Post Offices would have in trying to slot into the crucial role the RBS branch currently has in the economic life of the Island.

“Mr Glen will also have left with the clear impression that whatever savings one hand of the RBS is doing, the other hand of the RBS must be losing.  Over and above all this, he heard disappointment from the community about the customer service from the RBS, given the amount of business the community both on the island and from people who have moved off the island must be giving to the RBS over the decades.

“Finally, I would like to thank John Glen MP for coming, his visit was appreciated, he showed his interest and he was genuine in his concern and questioning for what is going on in Castlebay and for that, we are of course thankful. 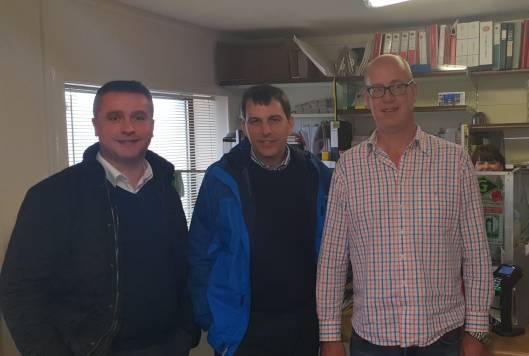