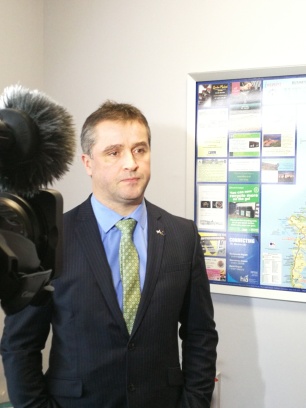 Speaking after the meeting, Mr MacNeil said: “I found out a number of things from the Air Traffic Controllers which weren’t clear from my meeting with HIAL Directors and Board members at Westminster.

“I think the level of this decision is far too big to be made at Board level. There is a huge social implication in keeping these jobs in the islands and the Scottish Government has to keep a very close eye on this and consider implications more widely than HIAL can.

“I feel that the best situation – socially, technically and to ensure a service at the airports – is to maintain the service we have at the moment but especially with a focus on local recruitment.