Na h-Eileanan an Iar SNP MP, Angus Brendan MacNeil is asking the Scottish Government to instigate a study on the introduction of a Public Service Obligation (PSO) on the Benbecula to Glasgow air service. 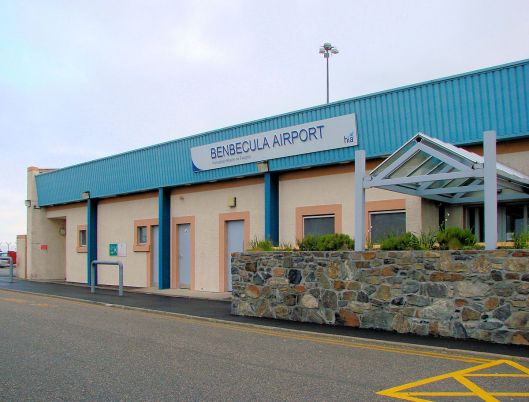 “The Minister has recently stated that there are no plans to put in place a PSO on the Benbecula to Glasgow service and that a PSO would only be considered if the existing commercial air service ceased to operate and an alternative operator could not be found to serve the route on a commercial basis.

“I am asking the Minister to revisit this issue and that he starts a study on a PSO for this route, on the basis that the commercial operator cannot and does not run a full weekly service year round with some afternoons in winter not having a service, and the amount of public money already used on the route in the Air Discount Scheme.”

“The fare paying passengers travelling to and from Uist are being disadvantaged by the current system. The occupancy rate is currently less than 30% which means that 70% of the total available seats on this service could be used for free. The fares of the 30% are generally paid for by government or by government agencies which means that the fares are set on a non-competitive basis which inflates the fares charged to non-government paid fares.”

“I welcome the support of our MP in one of a number of priorities identified by Uist and Barra Councillors.

“I was disappointed when the initial approach to the Minister was turned down but had agreed to continue making a case for a PSO, so this intervention by Angus Brendan is timely and welcome.”