Na h-Eileanan an Iar SNP MP Angus B MacNeil has expressed his disbelief over the Home Office’s refusal to grant an island schoolgirl a passport because she is unable to provide her mother’s birth certificate.

Her passport application was refused because her mother’s birth certificate was not supplied. On the advice of the Home Office, the family proceeded to apply for registration as a British Citizen – they were subsequently told this was not necessary and to apply for a Status Letter, which was refused because the Home Office is unable to confirm she is a British citizen.

The Home Office claim that she cannot derive an automatic claim to British citizenship through her late father and despite numerous attempts she has been unable to trace her mother’s birth certificate.

“This is probably the most callous case I have worked on in my time as MP.

“Here we have a 14-year old girl who simply wants a passport but the cruel actions of the Home Office prevent her from doing what many of us take for granted.

“The family have been going round in circles since the passport application was refused.  The girl’s mother cannot be traced and neither can her birth certificate and the Home Office refuse to accept her late father’s birth certificate – citing the British Nationality Act 1981.

“Having made enquiries with several agencies the reaction is the same – utter disbelief that a girl born in Scotland is being asked to apply to become a British citizen.

“I will continue to maintain pressure on the Home Office – it is simply wrong that a 14-year old girl is being treated in such a callous way.” 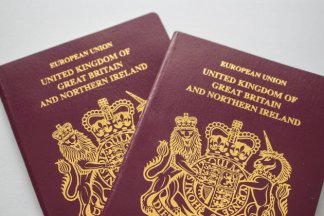