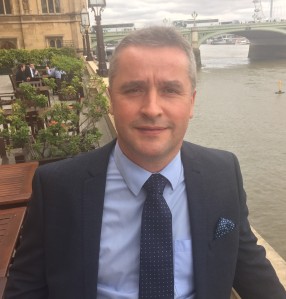 On Tuesday I met with Richard Harrington, Minister at the Department of Business, Energy and Industrial Strategy. This was a positive and productive meeting where the Minister give his assurances that he was committed to island contracts for difference. This will give many in the industry room for optimism and has been a long time coming.

On Wednesday I presented my Private Members Bill on Refugee Family Reunion, which would allow child refugees to sponsor their parents to come to the UK. It would also allow parents to bring children who are over 18 into the UK and assist them with legal aid. Early in the week I met with the Refugee Council and Oxfam to discuss the bill and I am grateful to MP’s from all parties across the House of Commons who co-sponsored this bill

Between now and the second reading of the Bill on Friday 16th March 2018, I will have to finalise the wording and seek support from a greater number of MP’s across the house and from a wide range of organisations. I already have the support of Amnesty UK, Oxfam GB, British Red Cross, the UN Refugee Agency and the Refugee Council.

On Thursday I was in the chamber to attend DEFRA Questions in my new role as SNP Spokesperson for Environment, Food and Rural Affairs (DEFRA). I asked the Minister if he would put it on record that farming and fishing could be controlled in Scotland post Brexit: http://parliamentlive.tv/event/index/4b1a2c2e-80a8-452f-a1a6-9e36a3845b3e?in=09:42:27&out=09:43:28.

During the week I also had interesting discussions with the Jo Cox Loneliness Commission, discussing loneliness in rural areas and later I met with Martin Foley from Apostleship of the Sea and spoke about their work in supporting non-EEA fishermen in the Western Isles and across Scotland.

Seems as if the Islands have been enjoying good weather this week. A bonus for islanders and visitors alike at Highland Games and events throughout the Islands. Hope that this keeps up for the Heb Celt Festival in Stornoway this weekend.

Although Parliament is in recess there is still lots of work to do. Please  continue to contact myself or the office it there are any issues I can help with.