Isles MP, Angus B MacNeil and Barraigh, Bhatarsaigh, Eiriosgaigh agus Uibhist a Deas Councillor Donald Manford have reacted with dismay at Inter-Island timetable changes that will see further travel disruption for people in Uist and Barra.

The new Inter-island Public Service Obligation contract 2017-21, which is operated by Loganair on behalf of Comhairle nan Eilean Siar, will begin in April.

Presently, passengers from Benbecula can travel seamlessly to Inverness yet from April it appears that passengers will no longer be able to connect with the morning flight to Inverness and will have to endure a wait at Stornoway Airport until 17.00. 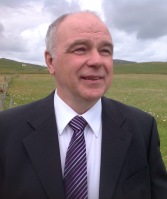 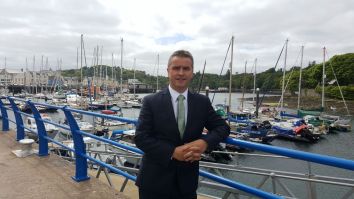 “How is it that this Council’s political administration, even in its death throes, continues to vandalise transportation connections throughout the Hebrides and beyond?”

“The ongoing dismantling of “through transport” inflicted by this Council must be reversed to the services we had prior to the election of this current Council.”

“I am calling on the Scottish Government to get a grip of this transport anomaly in the islands and take full control of island flights, as they do ferries, by cutting out the Council middle men and fund the services directly.   It is ironic what is called local Government is not at all local and decisions are being made by those who never use those services or visit the islands concerned, in a manner that undermines islands and population viability.   All for short term expediency, without even a fig leaf of consideration referencing the effects of decisions.”