In less than a month the petition launched by Western Isles SNP Councillors Rae Mackenzie and Gordon Murray, demanding that the UK Government reinstates an Emergency Towing Vessel (ETV) on the west coast of Scotland, has attracted almost 1,500 signatures.

The ETV in Stornoway was removed in 2011 as a cost cutting exercise by the UK Government.  Mr MacNeil, together with his SNP colleagues at Westminster and local agencies, have argued that the west coast of Scotland has been left vulnerable in the event of an emergency at sea.

Mr MacNeil accepted the petition from Cllrs Rae Mackenzie and Gordon Murray, which he, together with Highland MPs, will formally present to 10 Downing Street on Tuesday 6th September.

“The UK Government must return the ETV to Stornoway – a tug is an insurance policy for an unusual, but possible event.

“I applaud all of the people who signed the petition.  I am delighted to see the community get behind the many calls for the UK government to reinstate the Emergency Towing Vessel on the west coast of Scotland.”

“The issue of replacing the emergency towing vessel has generated a lot of support not only on the west coast but nationally.

“People are rightly concerned that there is no protection for the west coast of Scotland and are urging Westminster to act before there is a disaster. The community has spoken – will Westminster listen?” 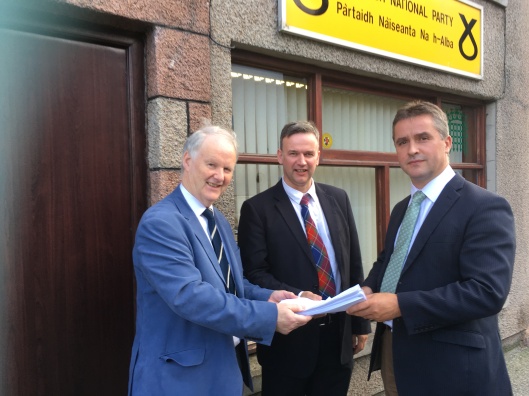