Leverage to assist Gibraltar getting a fair deal from Spain will be lacking in the UK Government post-Brexit, warned SNP MP Angus MacNeil during a debate at Westminster last week.

As Brexit Minister Robin Walker was grilled by MPs on the effect of the referendum result on the British overseas territory of Gibraltar, Mr MacNeil said Brexit would leave the UK with even less influence to assist.

Ninety six per cent of voters in Gibraltar, which has a Spanish border, voted to remain part of the EU in last month’s referendum and Mr MacNeil said there was now ‘real alarm’ over the consequences of the result for them.

He said: “There is real alarm in Gibraltar and the root of that alarm is the feeling that the border could close and economic strangulation of Gibraltar could occur.”

He said: “There is a lot of goodwill in this room towards Gibraltar and it is nice and it is kind and it is thoughtful and it is definitely appreciated but it is not leverage and the UK has given up a lot of leverage by leaving the EU, or by threatening to leave.”

He pointed out that the prosperity of Gibraltar and the neighbouring area of Spain depended on the flow of people between Gibraltar and Spain, bringing benefits to both sides of the frontier.

He said: “I am glad that the First Minister of Scotland has been in close contact with the Chief Minister of Gibraltar. It is no secret that we in Scotland hope for independence, to become a sovereign nation.”

He said that an independent Scotland would be aware of its responsibilities, duties and friendships to other nations and urged other EU member states to be a friend to Gibraltar.

He added: “Gibraltar is British but is not in the UK. That is a very happy circumstance that I hope Scotland will emulate some day. Gibraltar is its own place and is not an arm or a satellite of ours and own rights to self determination.”

“It is about respecting the rights of people of Gibraltar to live the lives they want,” he concluded. 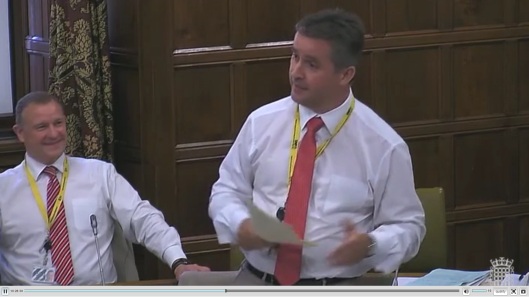