Today at Westminster during an urgent debate on the bedroom tax, Isles MP Angus Brendan MacNeil asked the Tory Government to apologise to those affected by the bedroom tax.

Earlier this week The Scottish National Party welcomed a Court of Appeal ruling that the Tory Government’s bedroom tax is discriminatory.

The SNP has argued against the bedroom tax since the UK government first proposed it, and the Scottish Government has committed £90million since 2013 to mitigating the impact of the tax on 72,000 households in Scotland – eighty per cent of which are the home of a disabled adult, and around 11,000 households of which have one or more children. 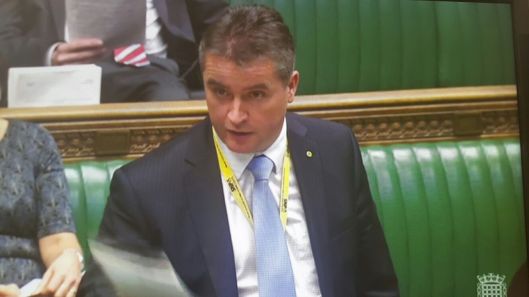 “The SNP welcome the Court of Appeal ruling and has called on the Tories to scrap this unfair and discriminatory tax on some of the poorest and most disadvantaged people in our society.

“I asked DWP Minister Justin Tomlinson MP, if the next ill-advised legal steps goes against the government, would those affected by the bedroom tax receive an apology from the Tory Government dispatch box.

“In light of the Court of Appeal ruling the UK government must now think again.”
ENDS