Big Energy Saving Week (20-24 October) is funded by the Department for Energy and Climate Change in collaboration with Energy Saving Trust and Citizens Advice Bureau.   The campaign helps householders learn how to take control of their energy bills with free advice available during the week over the phone, online and at events across the UK.

According to The Energy Saving Trust, households in the Western Isles could save £75 a year if they take control of their heating.

Households can get advice on how to qualify for any energy saving improvements and find out how to save money on winter fuel bills through the Scottish Government’s Home Energy Scotland hotline by calling 0808 808 2282.

“Fuel poverty in an energy rich country like Scotland is an absolute scandal.  The Western Isles suffers from the highest levels of fuel poverty in the UK and many people are worried about their energy bills.  I support the Big Energy Saving Week campaign which is urging customers to learn about the myths, check their tariff, switch suppliers and insulate their homes.”

“Together with my SNP colleagues at Westminster, we continue to raise the issue of energy costs and I am also urging the Westminster government to consider island renewable generation to be consumed on the islands which would then result in dropping the surcharge, both for the export and import of energy.

“The Big Energy Saving Week highlights ways in which customers could save money on their energy bills and I would urge constituents to get advice from Home Energy Scotland (Scotland) on 0808 808 2282 or online at www.adviceguide.org.uk/scotland or by calling consumer advice on 0808 800 9060.”

For further advice about saving energy in the home visit energysavingtrust.org.uk 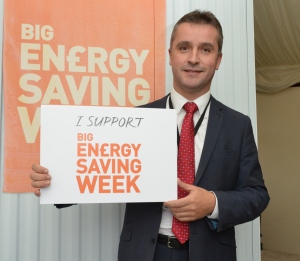 [1] Over 2,400 responses, including over 500 from Scottish residents, a sufficient number to provide figures representative of the Scottish population